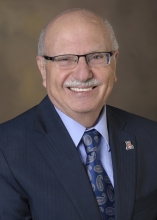 Dr. Ghishan is internationally recognized for his research in pediatric gastroenterology and nutrition. In the course of his career, he has authored more than 400 publications including original articles, editorials, abstracts, book reviews and chapters. He has contributed significantly to the major textbooks in pediatric gastroenterology including: Pediatric Gastrointestinal Disease, Pediatric Nutrition, Nelson’s Textbook of Pediatrics, Liver Diseases in Children and Textbook of Clinical Pediatrics. He is an associate editor for the major textbook, Physiology of the Gastrointestinal Tract. His work has been continually funded by the National Institutes of Health for more than 30 years. In 1996 and again in 2008, he received the prestigious MERIT Award from the National Institutes of Health for “Consistent and Excellent Contributions to Scientific Knowledge”. In 2004, Dr. Ghishan was the recipient of the Shwachman Award presented for major, life-long scientific and educational contributions to the field of pediatric gastroenterology, hepatology or nutrition in North America. In 2014, he was presented with the "Horace W. Davenport Distinguished Lectureship Award" by the Gastrointestinal & Liver Section of the American Physiological Society.

In the first area of phosphate transport, Dr. Ghishan made the following discoveries:

In the second area of research, Dr. Ghishan was the first scientist in the world to clone the sodium hydrogen exchanger (NHE-2) and define its function in the gastrointestinal tract and in the kidney. (Pro. Nat. Acad. Sci. 90: 3938-3942, 1993).  He contributed significantly to our understanding of how electrolytes are transported during early life in relationship to diarrheal disorders. More recently, Dr. Ghishan cloned a novel Na+/H+ exchanger (NHE-8) which plays a major role during early life. (Am J Physiol 289: G36-41, 2005).

Dr. Ghishan’s other areas of research interests relate to the regulation of digestive vesicular glutamate transporter and, in collaborations with one of his research assistants, Liqun Bai, M.D., has obtained a new R01 grant to investigate the role of this gene in the regulation of insulin and glucagon secretion by the beta and alpha cells, respectively.  More recently, Dr. Ghishan utilized the state-of-the-art technology of microarray to define gene expression in iron deficiency anemia.  This effort was funded by an R21 grant in collaboration with Dr. Collins in Dr. Ghishan’s laboratory. Dr. Ghishan has recently embarked in a new effort to discover novel therapies for IBD patients. This effort is funded by a new R01 grant with Dr. Pawel Kiela, in Dr. Ghishan’s laboratory.  It’s important to note that Dr. Ghishan's publication record is in the highest quality journals including the Journal of Biological Chemistry, National Academy of Sciences, American Journal of Physiology, and Gastroenterology. Dr. Ghishan was also the principal investigator for the first and only Pediatric Center for Complementary and Alternative Medicine to define scientifically whether alternative medicine utilized by the American public has any role in disease states.

Link to publications on PubMed