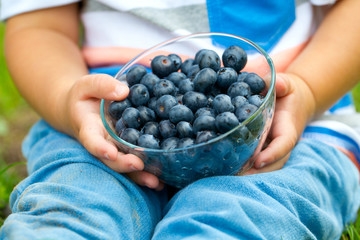 A team of researchers led by the UArizona Steele Children's Research Center discovered that curcumin--the bioactive molecule derived from the spice turmeric--blocks the protein cortactin in colon cancer. Cortactin, a protein essential for cell movement, frequently is overexpressed in cancer, thus facilitating cancer cell metastasis to other organs in the body. Colon cancer is the second leading cause of cancer-related deaths in the United States and the third most common cancer in men and women. When cancer metastasizes to other organs, a patient's chances of survival are greatly diminished. Thus, finding novel ways to prevent cancer metastasis remains an urgent need. The National Institutes of Health-funded research  recently was published in PLOS One. The study was led by co-investigators Fayez K. Ghishan, MD, professor and head, UArizona Department of Pediatrics and Director of the UArizona Steele Children's Research Center; Pawel Kiela, DVM, PhD, associate professor, UArizona Department of Pediatrics; and Vijay Radhakrishnan, PhD, assistant scientist, UArizona Department of Pediatrics.

Steele Children's Research Center researchers discovered two proteins connected to irritable bowel disease and bone-loss, and these proteins may one day be used as supplemental therapy. About 1.5 million people in the U.S. suffer from Crohn's, ulcerative colitis, and other inflammatory bowel diseases, and about 3,000 of them are children. Dr. Fayez Ghishan, director of the Steele Children's Research Center, said treatments exist to counter IBD in three ways: healing the intestinal tract, suppressing the immune system, and shutting down inflammatory proteins.

Children and young adults with inflammatory bowel disorders such as Crohn’s disease and ulcerative colitis often develop premature-aging diseases like osteopenia or osteoporosis. Now, a study completed by the Steele Children’s Research Center, and recently published in Gastroenterology, “Tumor Necrosis Factor and Interferon-gamma Down-regulate Klotho in Mice With Colitis” reveals a correlation between inflammation and the down-regulation of the Klotho gene, which plays a vital role in aging. (The Steele Children's Research Center is a Center of Excellence at the University of Arizona College of Medicine.) “We have made a novel discovery,” says Fayez K. Ghishan, MD, professor and director of the Steele Children's Research Center. “Based on our research, it appears that chronic inflammation of the gut causes Klotho to down-regulate—or ‘turn off’— contributing to premature-aging diseases such as osteopenia, osteoporosis and atherosclerosis, to name a few.”